Andy Close was born the son of a farmer in the Yorkshire Dales, England, when the word ‘bucolic’ actually had a meaning. But a farmers’ life wasn’t to be, because at just the right moment someone invented ‘programmable’ computers that were smaller than a house and didn’t smell of cow shit … and he was hooked.

With a degree in Computer Science under his belt, he proceeded to hack (carve would imply a degree of finesse) out a career in IT. He’s programmed everything from device drivers to mainframes and worked on some of the largest (and usually disastrous) commercial IT programmes in the world. He still keeps his hand in, ‘just for fun’ on various madcap projects.

Andy is married, with two (although it seems like more at times) beautiful daughters, and now an adorable granddaughter, all of whom clearly take after their respective mothers.

In his spare time (!), Andy also runs an ancestry information site for anything Close related.

It started years ago with 50-people family tree, but now has thousands of the buggers scattered across most of the world.

Check out the Close nonsense here. 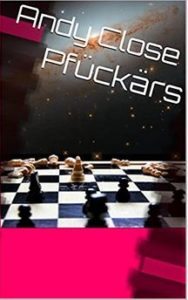 Paperback copies are now available alongside the Kindle versions, so no need to search around any more, which is nice.

Find the Whim books on Amazon 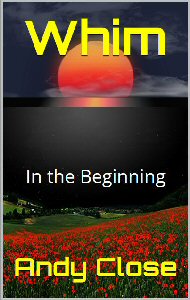 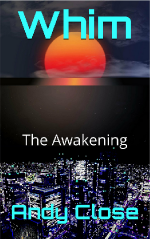 Paperback copies are now available alongside the Kindle versions, so no need to search around any more, which is nice

You can also see all the brilliant comments here too … 4.6 out of 5 stars! Thank you everyone!

Drop me a mail at: andy@andyclose.co.uk